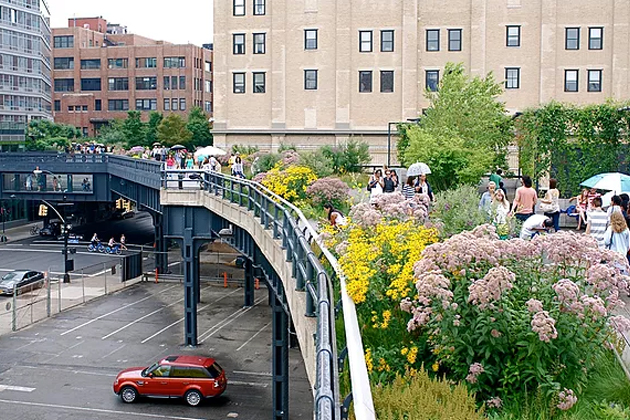 We sat down with Director Dion Gosling to talk about his recent trip to Sydney to attend the National Sports Convention, which had a focus this year on innovation.

Dion commented that it was a great two days full of inspiration and learnings. Although Dion felt that New Zealand was further ahead with the multi-sports model; he suggests that there are many new technologies New Zealand could benefit from on the horizon.

We asked Dion to share the top three trends emerging within sports and recreation.

1. Roof top sports have landed
Our first trend is a pretty exciting one. Dion remarks that there is growing interest in integrating sports facilities and recreation spaces into the empty rooftops of our cities.

Rooftops are ‘on trend’ per se, with resourceful visions of community gardens, bars and even bee sanctuaries gracing our cities rooftops. A great example is the New York High line, which revitalised an old railway line into an urban park. The inclusion of sport amongst the rooftops is an exciting addition. 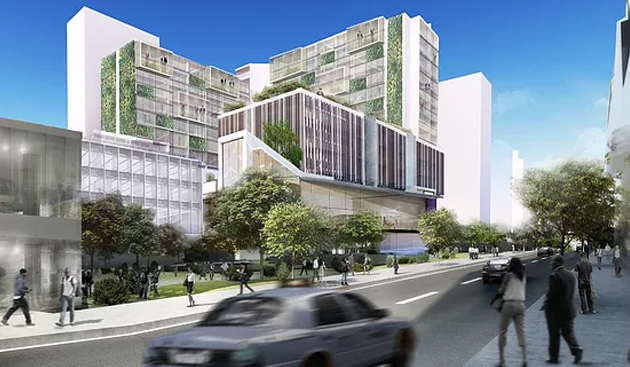 Here in New Zealand our Nelson Street Project explored just this. We proposed a new mixed-use development on Nelson Street in the CDB that included a rooftop basketball court. The feasibility study sought to maximise the development potential for the site and in doing so we used our knowledge of community, sports and recreation facilities to propose a new sustainable model. The model substitutes the space usually allocated for commercial enterprises such as food courts or offices and proposes indoor and rooftop sports facilities that cater to the increasing needs of inner city residents to participate actively, but also socially.

2. Technology to light up the stage
Technology is always in the spotlight. At the conference Dion mentioned that this was no different. Advances in lighting technology will be on the horizon with new and electrifying developments being implemented currently in Australia.

In other areas technology is looking to enhance the fan experience, questioning how technology will go beyond the ‘big screen’ and engage spectators further. Technology is seeking to personalise the experience for each of the 30,000 fans watching the game, creating connections and providing an “exceptional’ fan experience. Technology, wifi and smart phones will all facilitate this with multiple points of engagement, offering fans insight, discounts and the ability to share and connect their thoughts, feelings or frustrations with that game as it runs live. Venues in this sense need to keep up. The question then become how to we connect this back to sport at a community level? 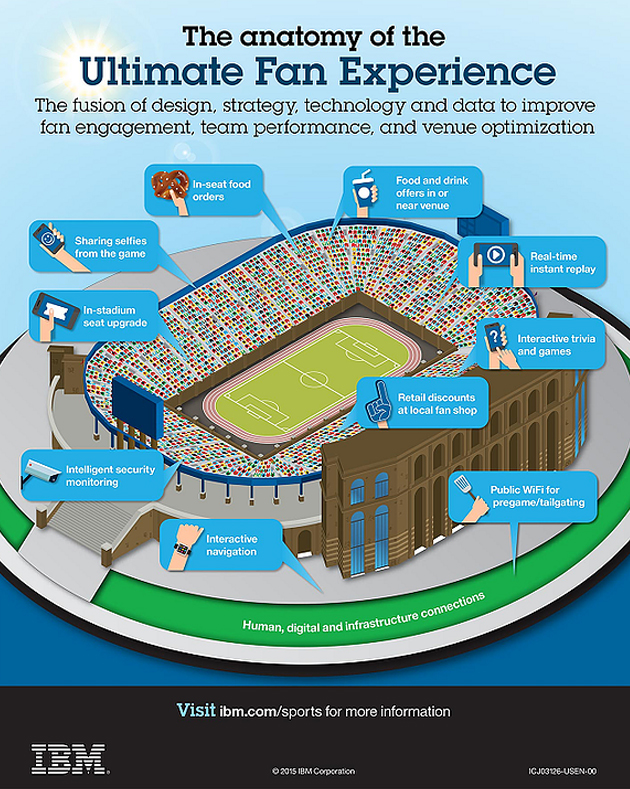 “ Consolidating the three pillars of fan, team, and venue paves the way for a single view of the entire sports enterprise that is critical to staying ahead of the game”

3. Hybrids
Hybrid turfs are here… quiet literally for Auckland with Nixon Park in Kingsland currently under redevelopment to include a Hybrid turf. 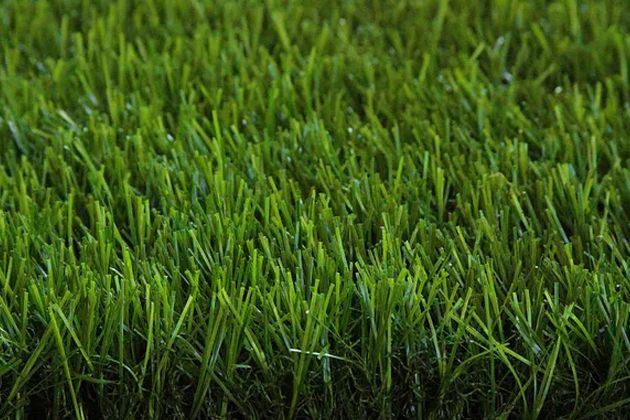 Currently Hybrid turfs are used at a higher stadia level but Dion suggests that the key will be how they are migrated into community projects. 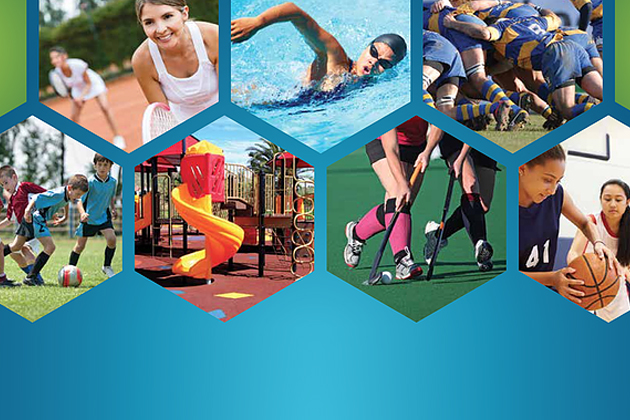 The National Sports Convention 2016 is on the agenda for our Director Dion Gosling this week. Dion will be attending the two day convention hosted at the Rosehill Racecourse in Sydney. The NSC is a dedicated sport and recreation management conference aimed at focusing on how to encourage more people to play and participate in sport and what facilities, solutions and infrastructure is needed to activate and retain them.

The NSC is held over two days from the 23 – 24th June 2016. As part of the 2016 theme on Innovation the inaugural Sports, Recreation and Play industry Innovation Awards is being held to recognise individuals, not for profits and others in the sports sector.

In particular the Global Update on Synthetic Sports Surface Standards is of interest to Dion. Studio106 is about to complete a world-class water-based artificial hockey turf for Mount Roskill Grammar School. In particular Erik Kinlon the General Manager of HG Sports Turf will be presenting Hybrid Turf Technologies – The Best of Both Worlds offering insight into its growing development and introduction into Australasia. Studio106 is leading the way in sports architecture and turf development and is looking to build on growing these technologies in New Zealand.

Another area of interest is in the Successful Management Practices to Increase Playing Capacity on Community Sports Fields. Studio106 seeks to not only provide well designed sport and community facilities but ones that are both economically and socially sustainable. Keith McAuliffe – Managing Director of Labosport Australia will be offering insight into playing field capacity and communicating this to stakeholder and technical strategies to extend playing hours of the turf – something we are all looking to achieve.

Alongside the NSC there will also be a series of ‘Masterclasses’ offering in-depth insights into new performance standards for specific sporting areas such as hockey.

Geoff Barry – Community Sport and Recreation New Zealand – What motivates and inspires young people to participate and be active for life?

We look forward to Dion sharing his learnings over the course of next week and identifying opportunities to integrate these into our practice. 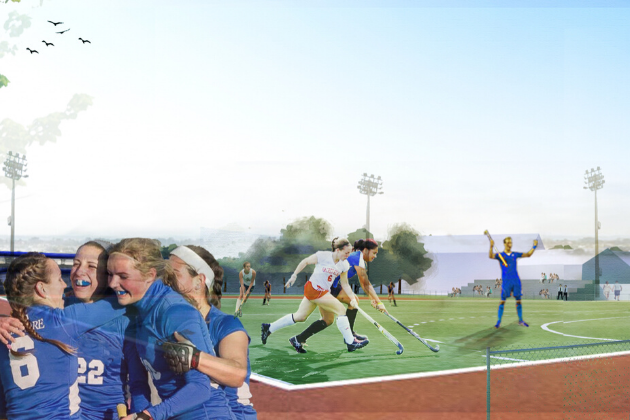 Studio106 architect is an Auckland-based architecture and design practice focusing on sports, community and leisure projects. Recently, Studio106 in conjunction with Beca, was awarded the contract to realise Stage-One of the Nga Puna Wai Multisports Hub Masterplan in Christchurch: a $40M community project set to provide much needed community facilities for sports displaced out of the 2011 Christchurch earthquakes.

Studio106 and Beca had earlier worked with Global Leisure Group and alongside Christchurch City Council and the key stakeholders, to produce the initial feasibility report and wider masterplan for Nga Puna Wai. The masterplan offered the council a staged approach to managing the development with Stage-One now ready to roll-out.

The hub will combine facilities for a number of sporting disciplines – including athletics, hockey, tennis, rugby league, and other users of natural sports fields – set on 32 hectares of Nga Puna Wai reserve, near Wigram. 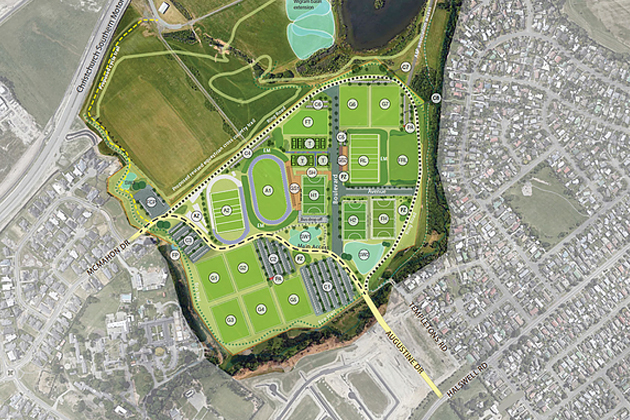 “During last year’s public consultation we received an overwhelmingly positive signal from the community that a sports hub at Nga Puna Wai was in Christchurch’s future,” says Mr Filsell. “Ninety per cent of the more than 4,700 submissions we received were in favour.”

With the community in support of the development, the facilities could not come fast enough. Many teams, displaced by the earthquake five years ago are looking forward to having a centralized hub for sport and recreation. 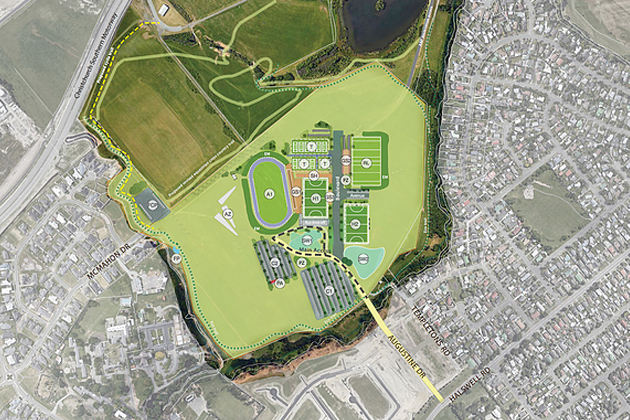 Hockey, for example, is using the only water-based turf in the city at St Bede’s College’s Marist Park after their home at Porritt Park in Avonside was destroyed by liquefaction.

The new hub will include an athletics track, built to replace the one lost through the demolition of QEII Park; two water-based hockey pitches lost from Porrit Park; and tennis facilities lost from Wilding Park.

Alongside these a sand carpet pitch for rugby league, grandstands, toilets, changing facilities and a centralised social hub are also included as part of the Stage-One development.

Sport’s economic contribution is often understated. We often hear how much a big rugby test adds to the tourism sector coffers, but they are once a year events.

A 2011 report by Lincoln University economics professor (and Mainland Football referee) Paul Dalziel estimated the sport and recreation sector (including volunteered services) contributed $759.4 million to Canterbury-West Coast’s regional GDP, or 3.3 per cent, in 2008-09.*1

Almost every week of the year, grassroots sport is hosting a senior, junior or master’s national tournament. They all attract all kinds of visitors from teams who fill hotel and motel beds, to supporters and families who spend money in restaurants, bars and shops.

The Nga Puna Wai sports hub will benefit Christchurch in many ways. But most importantly, as the city recovers, there is a need to provide a place to play, where young and old can pursue their sporting dreams, and connect again around a social centre.