So yes, it’s true; 106 Architects is a proud winner for Public Architecture at the 2019 NZIA Canterbury Awards for the Dunsandel Community Centre. From the first time this project was the brought to Principal Architect, Dion Gosling’s attention, he knew that this project was a unique opportunity to make a real difference to a close community, through public architecture. He also saw it as his Kiwi duty to bring something special to the drawing table.

“Winning an award for this project was never part of the 106 Architects team’s agenda, but it sure is the sweet cherry on top. It is the unexpected accolade that has acknowledged something far greater than just winning an award. And that is, how successful master planning, and most importantly, stakeholder engagement, can bring true meaning to the term community architecture”, shares Dion.

Opportunity Was Born From Chaos
Like so many other buildings in the district, soon after the earthquake devastated Christchurch, the Dunsandel Community Hall was deemed unsafe and no longer fit for purpose. The shaken, but by no means, broken community had lost its beloved meeting place for creating lifelong memories. Just about every member of this local community had at some point in their life attended a christening, milestone birthday or Historic Society event in this Hall. There was never any question about whether this community would need a new social gathering place; it was always a question of how and where could it be built?

The initial sell of the location was tricky!
The tricky solution was to find a safe new location and rebuild the hall, while not re-invent the values it was built on. Recreational planners Global Leisure Group (GLG) provided the first key component of work to determine the need and site opportunity. Then with 106, the team identified there was an opportunity in sub-community amalgamation. A ‘third place’ solution that would bond the entire community, unite it and help it be stoic in the wake of the earthquake.

And so the question was, how do you achieve this?
Well, you look to a strong sporting community and rally in the non-sporting stakeholders around it. At this point, the invested stakeholders were assured that the sports centre was not going to compete with the community centre – but together, the two groups would look for synergies and partnership opportunities. Options were explored, and conversations started.  Within this, the best outcome was for a new community centre to be built in proximity to the existing sports centre – between two sports fields!

The team knew it would be viewed as a bit unusual, but also knew it could really work, especially with the support of the sports groups, Selwyn District Council, and supporting data and metrics from Global Leisure Group. 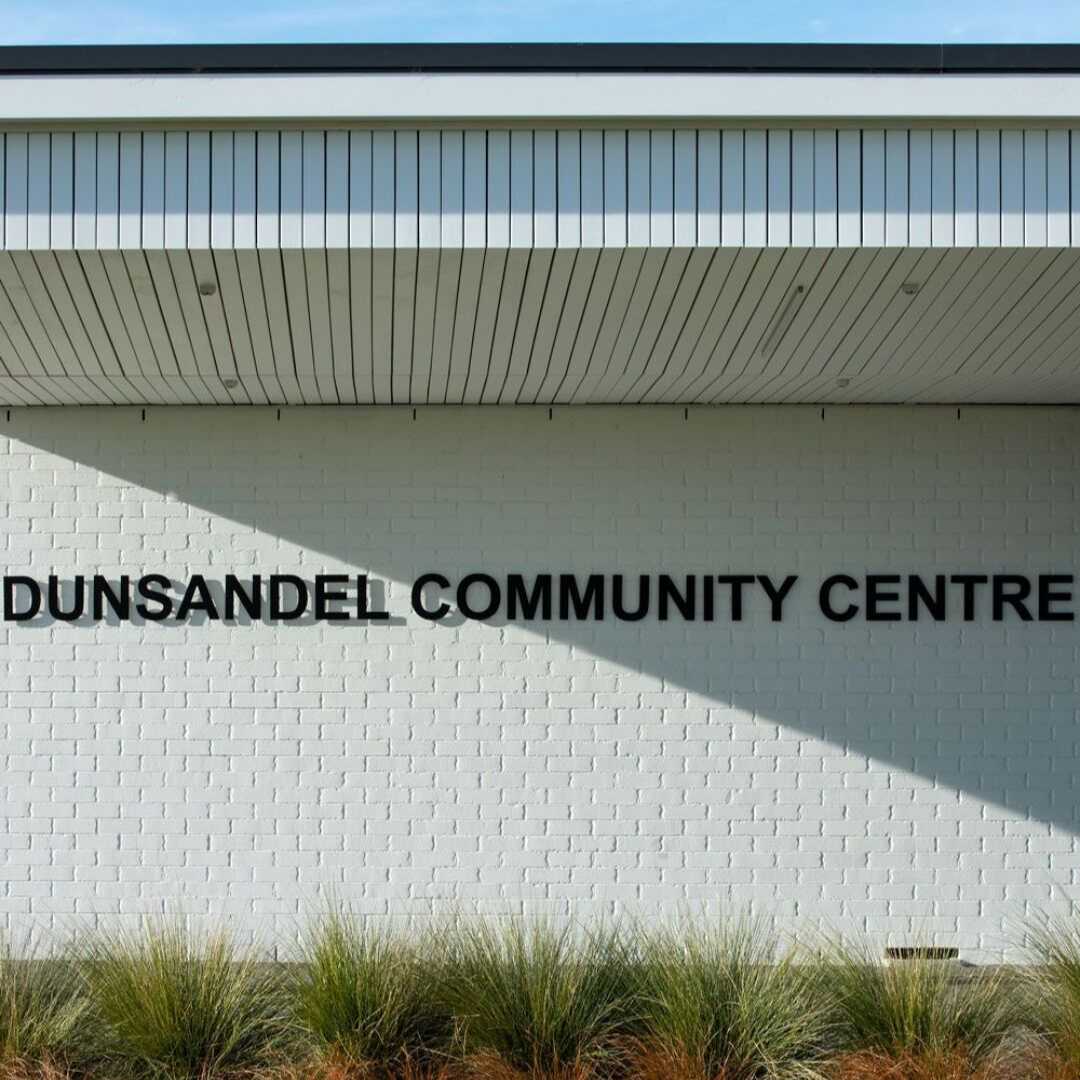 According to Dion “understandably there was a little bit of resistance and tension to start with, but once we engaged with the community and assured them that it wasn’t going be a case of a typical sports centre, taken over by the rugby guys, then everything started to warm up. We convinced the local community that it was possible for the local rugby and sports clubs, the Historic Society, and Indoor Ladies Bowls Club to co-exist and live harmoniously in the one location. And so, the idea was born – to create a third place for Dunsandel; a home away from home; a place capable of uniting four generations of people through the moments shared.

Crafting a sense of Third Place
With the community centre – as opposed to a sports centre – the 106 Architecture team wanted to try and bring in elements of warmth and materials and texture, plus the intimacy and scale that you typically only get through a residential development. And, they also knew that they needed a place that could scale; a nod to the massive residential population spike that was occurring due to people migrating from Christchurch down into the Selwyn District. In leading this project, Dion wanted to respect the scale of a community centre. He sought to introduce intimacy; materials and space and light that people would recognise from their homes. So, for example, brick veneer was chosen as an external skin – that could ultimately be erected by a local community builder – then render it and paint it to give it the “mass” needed for community centre scale.

Balancing the building pitch and material volume
The inertia for the materials came from both local environment inspirations and practicalities. The gentle pitch of the roof represented the backdrop of the Southern Alps. It was also driven by the need for functionality, based around the guttering, in that the building would become easily serviceable – so no two-storey gutters with complex details or junctions to maintain.

The other factor that drove the shape of the building was internal volume. In the hall space, more volume was needed and less in the offices. There was no point in paying for extra wall height and materials if it wasn’t required. So volume was turned up where it was required inside, and functionally on the outside. This planning helped to reduce the overall cost of the building, without compromising the ultimate success of the design.

With the entryway and the portico at the front of the building, the team worked hard to reduce the need for traditional structural columns. The solution was to gently arch up the roof to create an open, welcoming space where people could hang out and intersect. 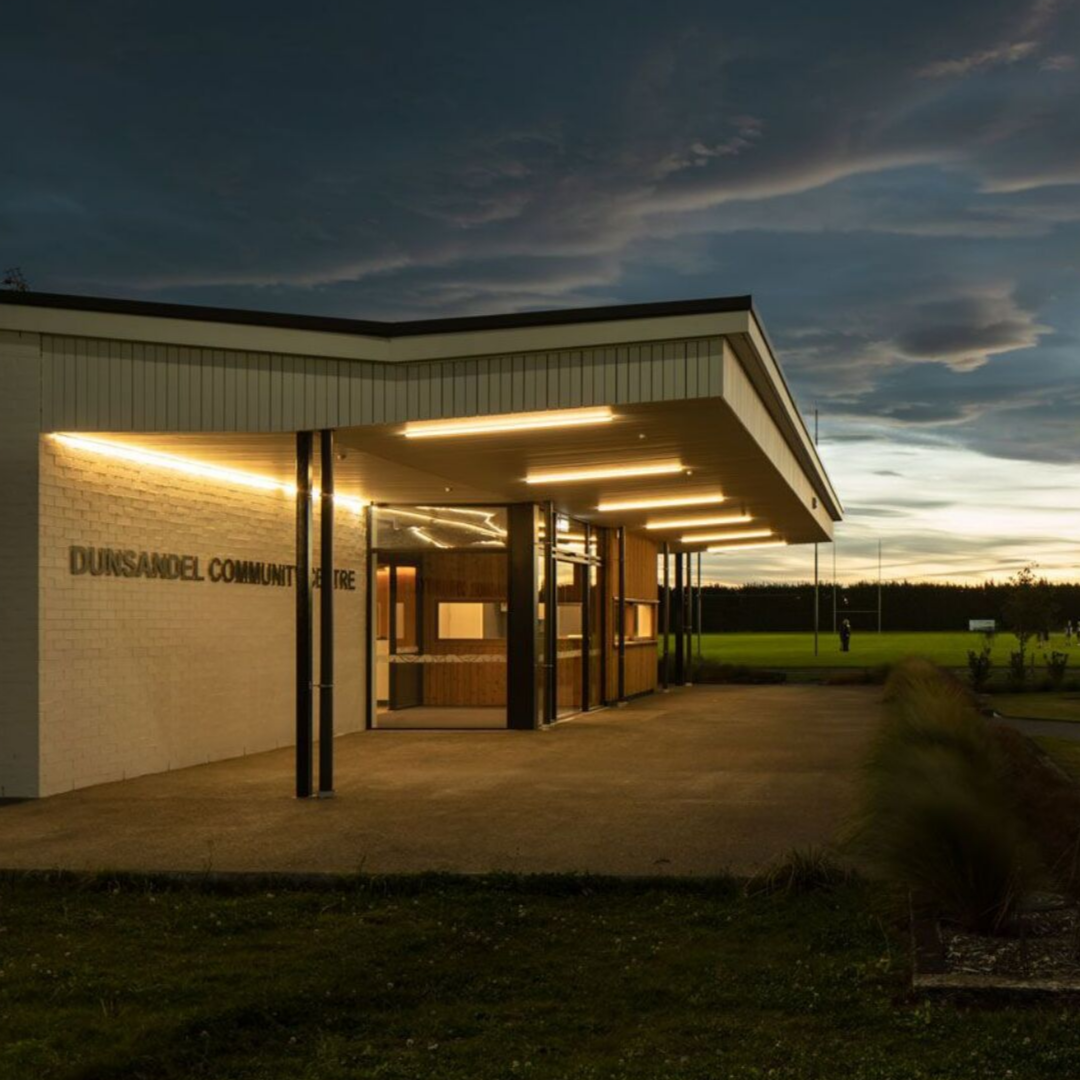 Leaving a Mark on the Future Generation
When we caught up with Nigel Barnett, a Dunsandel Community Committee Member and member of the Project Steering Group, to evaluate the success of the project, we knew that we had achieved what we set out to do — to Cpositively enrich future generations through good master planning.

Nigel explained that “When Dion [Gosling] first came to visit us – an Auckland architect coming into a rural Canterbury farming community – we were all pretty sceptical what he was going to come up with, but we appreciated he listened to us, to what we needed and wherever possible incorporated our needs.

“And when you actually see what Dion’s done, it’s mind-blowing. The flexibility of the space is amazing. It’s cosy for small meetings and great for big events. The local Historic Society have their own space in there, too, now, so that’s added to making it part of the community.

“There was a huge desire and commitment from the community to get this done. There was also massive support and fundraising efforts, but it has been totally worth it, and it’s a great success. We’ve always been an active community, but with this new facility, it’s a lot more pleasant getting together now. And the bookings it’s getting are exceeding our expectations and our projected income for the year – we’re absolutely chuffed!


Pride in creating a Third Place
106 Architects is very proud of what it has achieved with the Dunsandel Community Centre and feel that it is a model that could be emulated by other communities across the globe. In fact, the surrounding districts around Selwyn have all had a chance to see and use this facility and are already asking, “where’s ours?”

When a project’s success creates healthy neighbourly envy, you know you have discovered a winning formula. A large part of that winning formula was an empathetic yet strategic Council as a client and an engaged community group who opened their minds to the possibilities for a new future of stories. 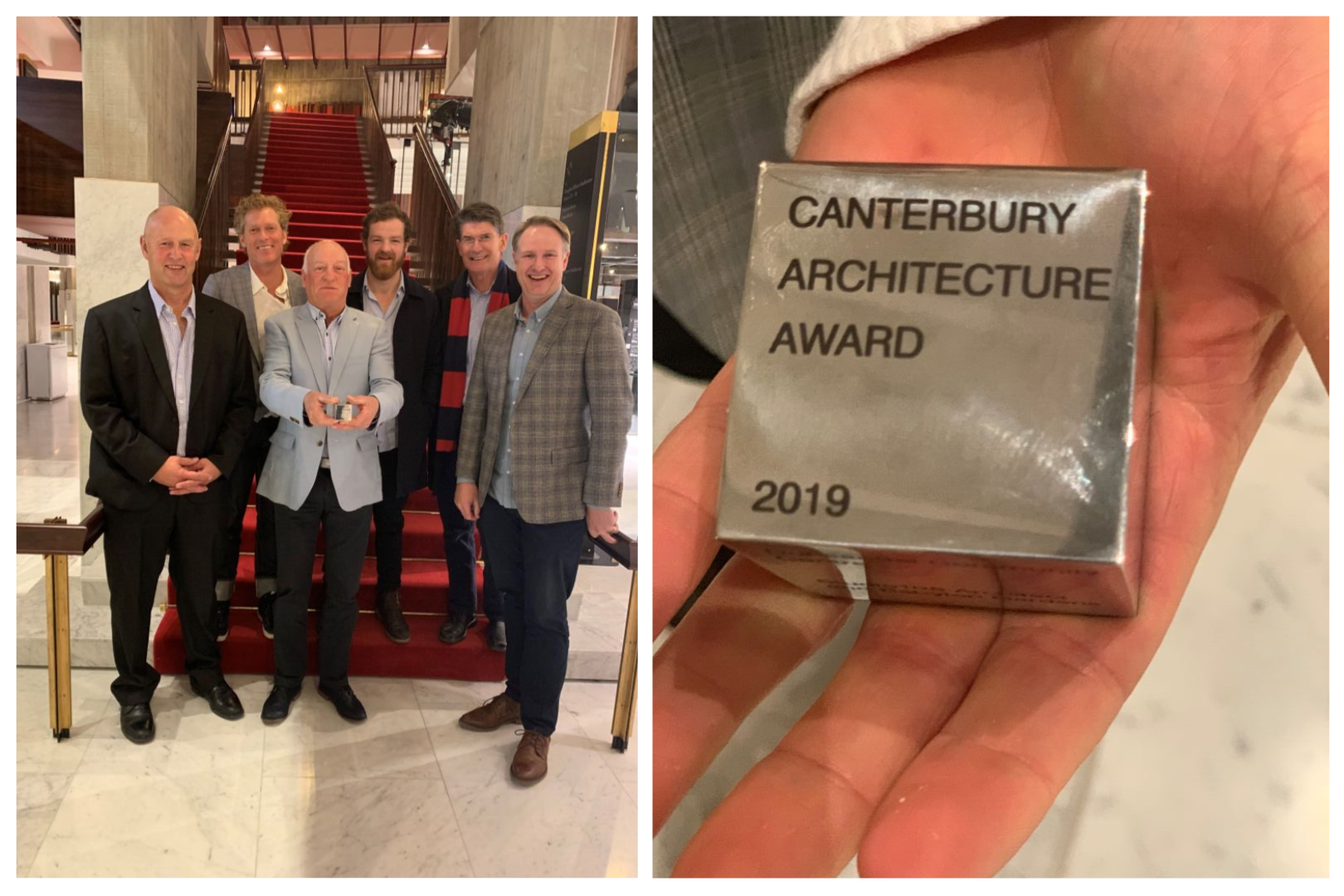